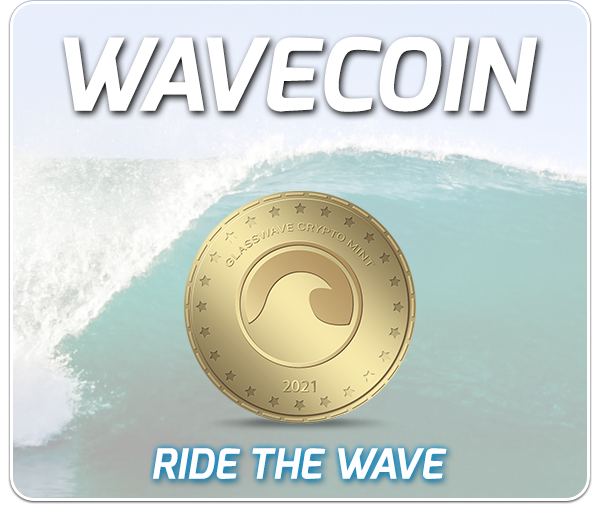 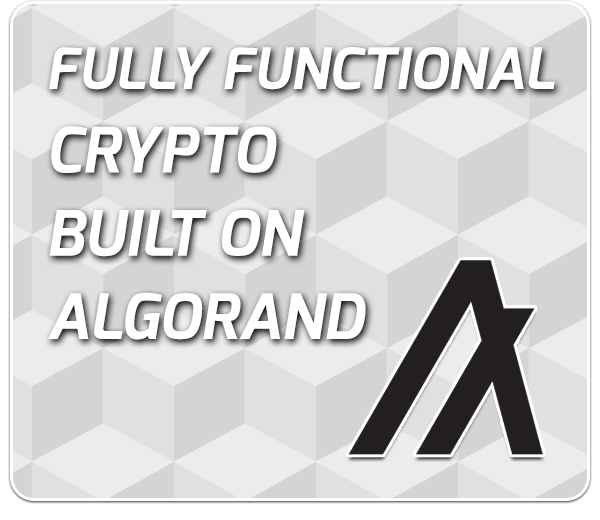 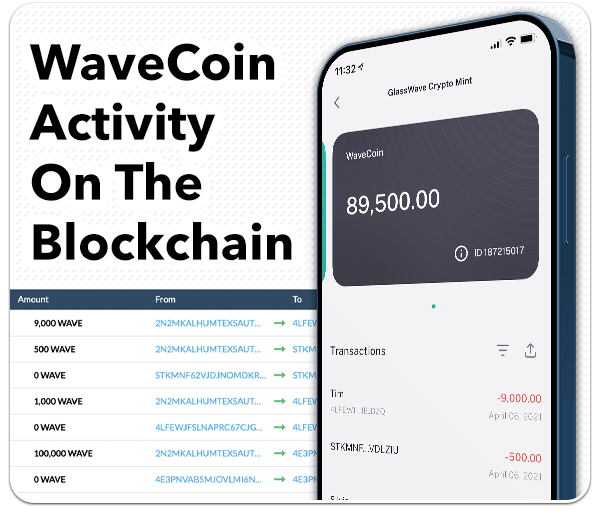 WaveCoin is a new cryptocurrency created by GlassWave. WaveCoin is a digital crypto coin built on the Algorand blockchain. WaveCoin is our fully functional demonstration token used to showcase the utility of GlassWave blockchain solutions.

As an Algorand Standard Asset, WaveCoin features the same speed, security and 5 second transaction finality as the popular Algo cryptocurrency. Transactions are executed in less than 5 seconds on a decentralized network powered by renewable energy.

Potential future uses for WaveCoin include community engagement projects and as reward tokens for ecosystem development. Send a WAVE to a friend and demonstrate the speed and responsiveness of the Algorand blockchain transactions without sending Algo. We can also envision a system for exchanging WaveCoin for future GlassWave digital services and merchandise. Other real world examples could include using WAVE as motivational token to reward ocean and environmental conservation.

As the ecosystem grows and Algo exchanges and DEX's come online, we also forsee trading WaveCoin for Algo and other cyrptocurrencies.

Want some WaveCoin of your own? We will be dispensing WaveCoin tokens to our readers each week. Get started with the tips below.

Signup for the GlassWave Newsletter and enter your Algo wallet address to participate in the first WaveCoin airdrop.

Step 2: Next add the asset WaveCoin under the "all tab" or enter ID number: 187215017 in your Algo wallet to opt into receiving WaveCoin.

Step 3: Enter your public Algo wallet address in the newsletter signup form below.

WaveCoin will be sent out on a weekly basis. 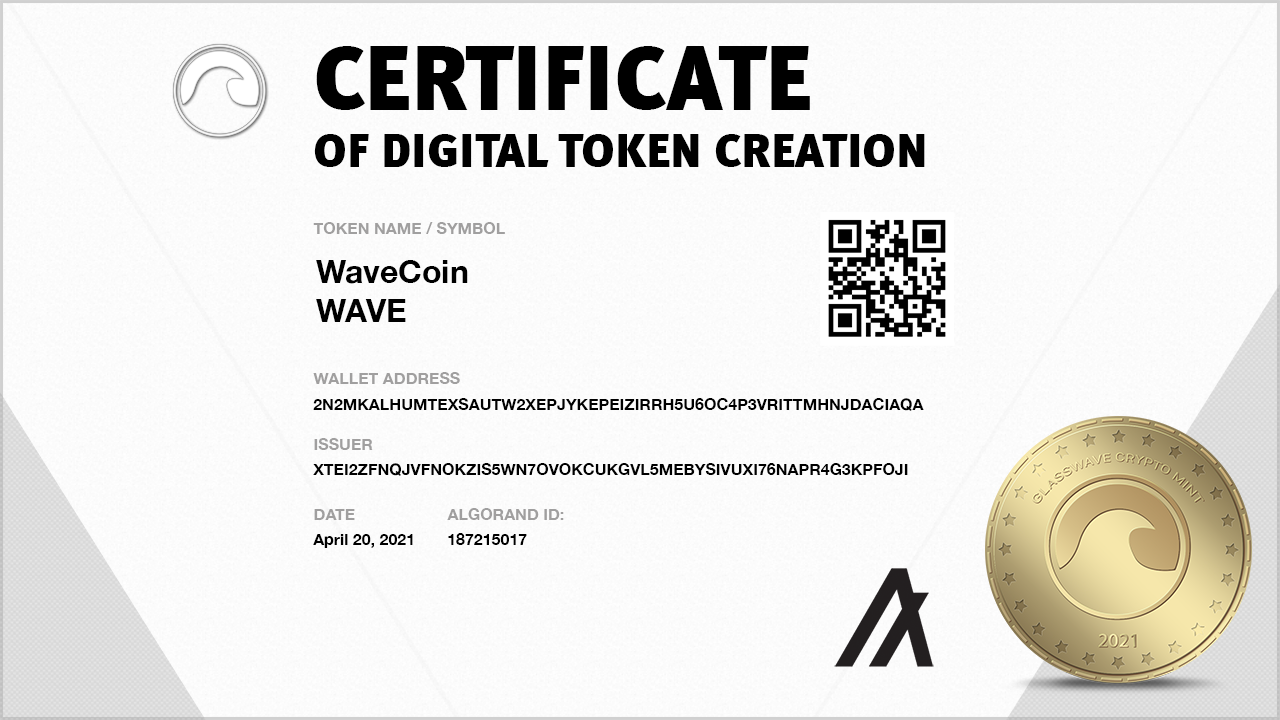 WaveCoin has been created for client and public demonstrations. It's genesis block was minted on April 6, 2021 (Creation Transaction) on the Algorand blockchain as asa ID # 187215071 at which time 200,000 units were created in block 13066283. We plan to distribute half of the minted tokens to the community. The remaining 100k will be kept in the GlassWave treasury reserved for future WaveCoin ecosystem use.

In the near future as the ability to publicly list and trade ASA tokens becomes more robust we plan to bring WaveCoin to an exchange. Decentralized exchanges are currently in development for the Algorand blockchain. Community development and use case trails will be developed to open WaveCoin use on a broader scale.

Interested in a cryptocurrency, NFT or smart contract for your own business or personal use? GlassWave now offers custom blockchain solutions.